A gastronomic proposal with fresh products and family tradition

The Restaurant offers two intimate and cozy spaces for the enjoyment of good cuisine.

On the ground floor we find the main room for 60 people, the kitchen and the corner of desserts, which are made in view of the customers.

Upstairs, on the first floor another private room, with a larger area, for 100 people, which we use for incentives and special events. 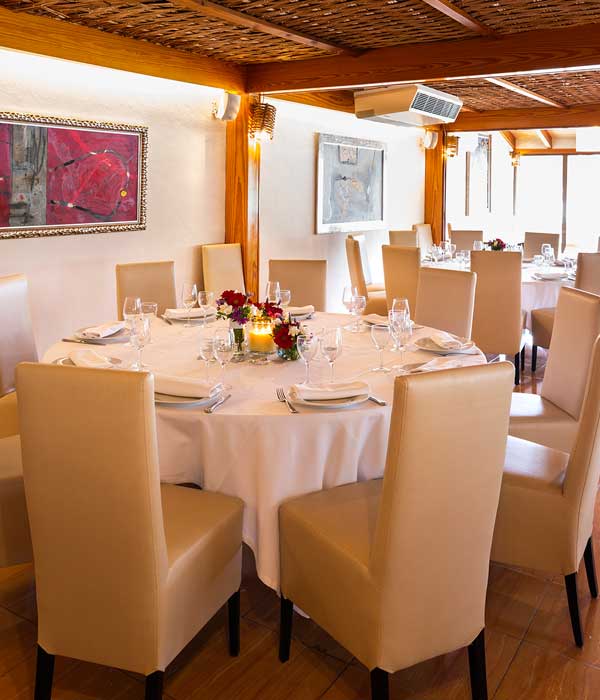 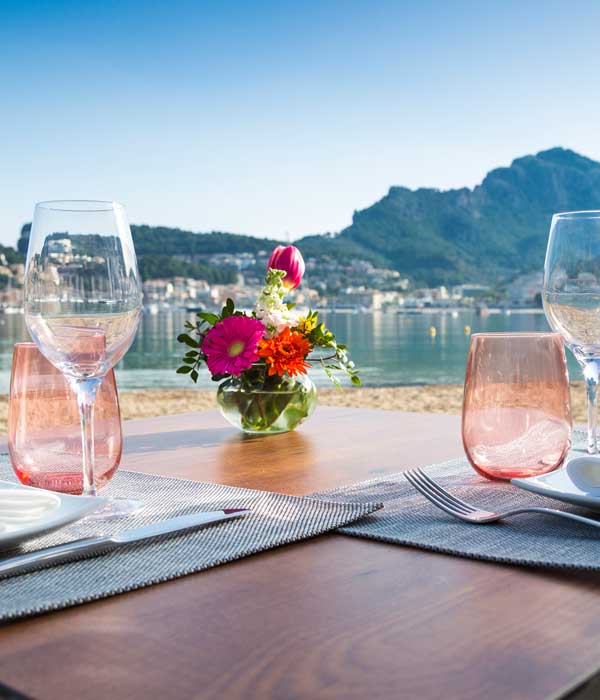 The two dining rooms have excellent views over the bay of Puerto de Sóller; they are decorated with a Mediterranean style, and is complemented with Mallorcan furniture and fabrics.

In the summer months you can enjoy our terrace (40 people) on the beach promenade.

ES CANYÍS, open since 1954 and always run by the same family, is at one end of the bay of Sóller.

To the traditional Mallorcan cookery offered by María and Mateu at the beginning was added the know-how and determination of their daughter Ana and son-in-law Michel, who arrived on the island in 1967 from France, bringing a new air to its cuisine. Driven by the needs of a constantly growing restaurant, they built the current building and, with the help of María and Mateu, got through the difficult times of that period.

Ana and Michel’s children soon became part of the world of catering. Patrice studied cookery and began working beside his parents and his sister Annette, who had already been working in the family business for several years. Gradually, Patrice took charge of the business, with the inestimable help of his wife, Ángeles. 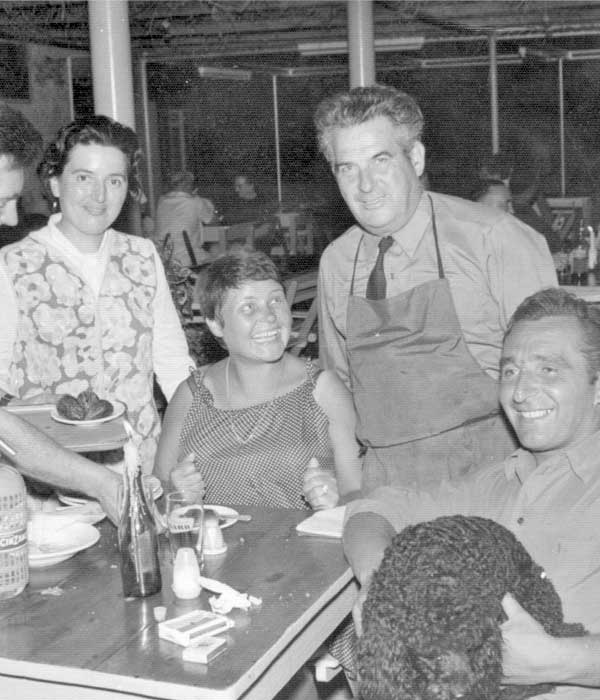 In February 1977, Juan Palou joined the restaurant staff as Head Chef. After almost three decades of continuous dedication, and with the help of Victor Perrotte over the last few years, he has managed to keep up its reputation for fine food in a kitchen where the cutting edge of new culinary technology goes hand in hand with the essence of the most traditional cuisine.

Nowadays, Patrice and Ángeles are still in charge of the business, where the help of their children has been added to the experienced assistance of Annette, continuing the family tradition in the world of catering.

The eldest of the daughters, Alicia, after working for a while in the family restaurant, ran with her husband Gabriel Payeras, the JAUME restaurant, in Deià.

Victor, after obtaining cooking studies and completing his training at the Arzak restaurant (Donostia), was the second kitchen until Juan Palou retired, when he took the reins of the stove.

Anaïs, heiress of the knowledge and secrets of her grandfather Michel in the world of baking, makes desserts, one of the restaurant’s main attractions. 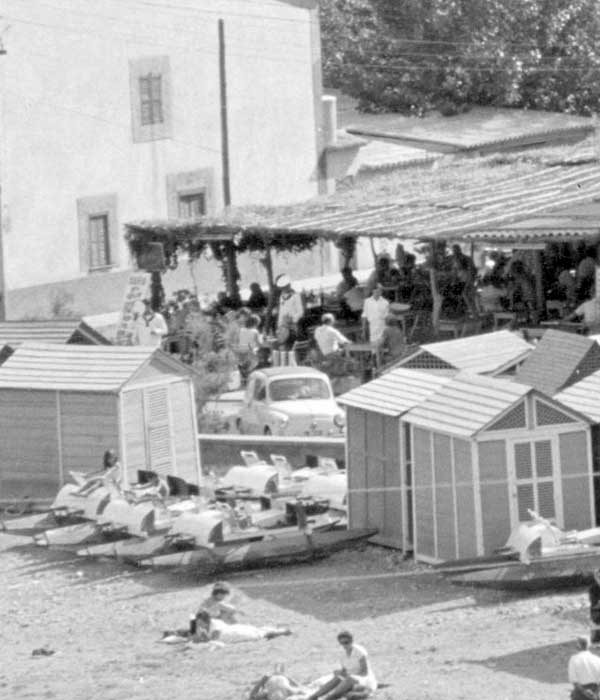 In the restaurant Es Canyis want you to feel as at home, a personalized treatment from the first moment. 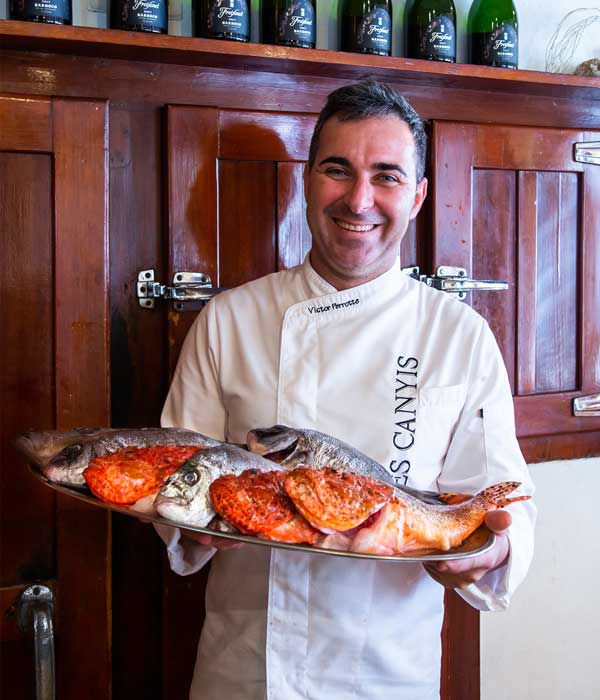 At ES CANYIS we select the best ingredients from our land to make our dishes, such as the freshest vegetables and salads from the market gardens of Sóller, or fish and shellfish from our coast, which we manage to bring to the table shortly after being caught by the fishermen of the port.

We make the desserts, confectionery and ice-creams, a real passion in our family, traditionally every day.